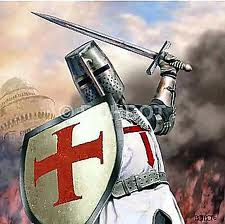 Many conservative Christians believe they have a divine mandate to restore the United States of America to its Christian roots by force of law.  I believe these efforts are misguided and unbiblical.
The Constitution is not a Christian document in spite of what we believe the religious commitments of its authors to have been.   A simple return to strict interpretations and applications of the Constitution as the Founders intended should never be equated with Christian righteousness.  More than this, it should not be made a standard by which one judges the “Christianness” of a politician or policy. Nowhere in the Bible does God endorse either our constitution or democracy as the standard by which to define a God-glorifying, "Christian" nation.   Waving an American flag or being a patriot is not tantamount to being a Christian.  If it were then the larger majority of Christians around the world and throughout history have lacked the Christian wholeness that being a U.S. citizen apparently provides. Even more, to say that Christians must “pledge allegiance” to conservative politics is to violate the Christian Faith in ways that border on idolatry.
At best, the Founders allowed for democratic rule by the majority, circumscribed by certain generic inalienable rights, regardless of the religious commitments of that majority. What this means is that the prevailing perspectives of the people, whether Christian or not, are constitutionally authorized to become the prevailing policy of the nation.  Thus the Constitution itself may very well inhibit the rechristianization that many political Christians are fighting for.  The Constitution endorses the platitude, “As the people go, so goes the nation.”
Besides the dubiousness of the mission to restore this nation to its "Christian" roots and constitution, the legislation of Christian morality is not an effective tool for accomplishing national repentance. In fact, it is a waste of political time, energy, and influence. Even if Christians could prevail in policy by democratic means, government is still incapable of preventing sin by force of law, because sinfulness is first and foremost a condition of the heart.  Since no law has ever existed that could change the heart (a fundamental tenet that many Christians appear to be ignorant of), the prohibition of sinful behaviors will neither fully prevent them nor alter the sinful heart-condition that spawned them.  On the contrary, according to Scripture such prohibitions will frequently exacerbate sin.  Therefore, governmental efforts to effect behavioral change for merely moralistic reasons are futile.
National repentance can only be accomplished by preaching and teaching God’s law as part and parcel of the Gospel of Jesus Christ.  Preaching and teaching the Gospel is exclusively the domain of the Church.    Government can and should maintain the right of Christians to preach and teach.  If it does not, Christians should preach and teach anyway, for we should obey God rather than men.  But government itself is neither responsible for, nor capable of, effecting the goal of preaching and teaching.  These separate spheres of responsibility for both Church and State comprise the biblical doctrine of what is secularly called “the Separation of Church and State.”   According to this doctrine, the exclusive authority of the Church to preach and teach the Word of God is an inalienable right bestowed by the Creator.


What then is government’s separate responsibility with regard to the law of God? It is primarily to protect innocent people from the harmful effects of others’ sins.   By “harm” I do not mean simply the offence of someone’s sensibilities, but actual harm (material or immaterial) to another human being’s person, rights, dignity, or property.   Since government cannot change hearts, it can only protect the innocent from the actions of evil doers.  Government cannot change a thief’s heart, but it can and should prevent a thief from taking someone else’s property. Government cannot change a murderer’s heart, but it can and should prevent the taking of someone else’s life (note that abortion falls here).   These protections from sinful acts fit with the biblical description of government as “God’s servant to bring wrath upon the wrong doer” and the biblical mandate to enforce justice on behalf of constituents.


Although government is powerless to prevent sin and change sinfulness, it stands to reason that it has no right to authorize, endorse, command or empower sin.  It may not be responsible to apply the law of God beyond what is necessary to protect people, but it has no right to fight against the law of God.  By way of analogy, I may not be responsible as a private citizen to punish criminals, but that does not mean that I have the right to aid them in their criminal endeavors.  Similarly, the doctrine of “separate spheres of responsibility” does not mean that government itself is authorized to violate or endorse the violation of the law of God. For example, it is possible that a certain immoral behavior might not have any harmful effect upon anyone other than the willing participants.  Government will overstep its bounds to legislate against this behavior, but at the same time it cannot and should not authorize, endorse, empower, or command this immoral behavior.  Government might not be authorized to legislate against homosexuality or premarital sex, for instance, but it has no right to endorse it.


Therefore, the two most pertinent initial questions for evaluating whether Christians should support moral legislation are these:  1) Is this law necessary to protect the innocent from others’ sins?  2)  Will this law authorize, endorse, command or empower violations of God’s law?   The question of whether or not a law will restore a nation to its Christian roots or bring about a revival of Christian moralism is irrelevant.  There will never be a law that can do such a thing.   Christians who use political activism to accomplish these things are wasting their time with useless efforts that God neither endorses nor commands.   They may even be unwittingly working against God’s created order and his Gospel.


[I recognize the theoretical nature of this essay but hope that it spurs some thoughts. There are huge holes in the theory.  For instance, how does cruelty to animals and conservation of the environment fit into this paradigm?  Granting the need for further consideration, I do believe the basic framework has validity, usefulness, and biblical support.]
Posted by ReformingWV at 1:30 AM